I am a University Professor of Modern Russian and Comparative Eurasian history at Iowa State University. Educated at Tufts (B.S./M.A.) and Columbia Universities (Harriman Institute), I received my Ph.D. in Modern Russian/Soviet history from the University of Chicago. I have also taught as a visiting professor at several research institutions, including the University of Texas at Austin. I enjoy teaching undergraduate and graduate students and have been the recipient of numerous teaching awards on campus, including the ISU Outstanding Achievement in Teaching Award in 2006. My research looks at the intersection of science, society, and public culture. My book monographs include Red Cosmos: K. E. Tsiolkovskii, Grandfather of Soviet Rocketry (2009) and Science for the Masses: The Bolshevik State, Public Science, and the Popular Imagination in Soviet Russia, 1917-34 (2003). I am also co-editor of Into the Cosmos: Space Exploration and Soviet Culture (2012) and editor of Maksim Gor'kii, Science, and Revolution (1995).

I have served as a senior faculty facilitator for the Social Science Research Council in New York City, the Canadian Federal Humanities & Social Science Council, as well as a variety of international centers such as the Hokkaido University Eurasian Studies Center in Northern Japan. My research has been funded by numerous distinguished research fellowships that include Fulbright-Hays, International Research Exchange Board, the Social Science Research Council, and most recently the Woodrow Wilson Center Senior Fellowship for International Scholars (Kennan Institute, Washington D.C.). I am currently writing a new textbook (a synthetic historical essay) entitled Science and the Public Sphere: European and EurAsian Culture, 1543-Present. My current archival based research monograph, a history of the Moscow Metro, is entitled Iconic Metropolitan: Mass Mobility, Architectural Visions, and the Politics of Public Space in Modern Russia.

PhD in Russian and Soviet History – 6/94

2010-2014: Director, Center for Excellence in the Arts and Humanities (Provost appointment)

2006-2009: Director, Graduate PhD Program and Center for the Historical Studies of Technology and Science, ISU 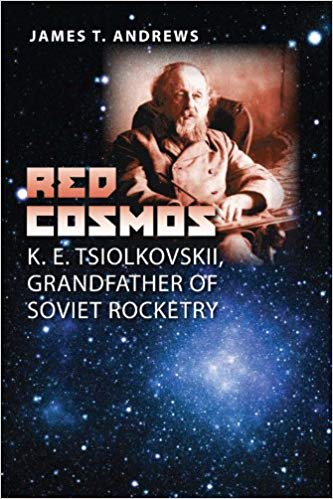 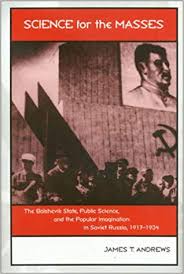 Science for the Masses: The Bolshevik State, Public Science, and the Popular Imagination in Soviet Russia, 1917-1934
(College Station, 2003) 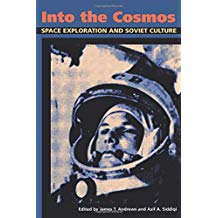 Into the Cosmos: Space Exploration and Soviet Culture, Co-Editor
(Pittsburgh, 2012)