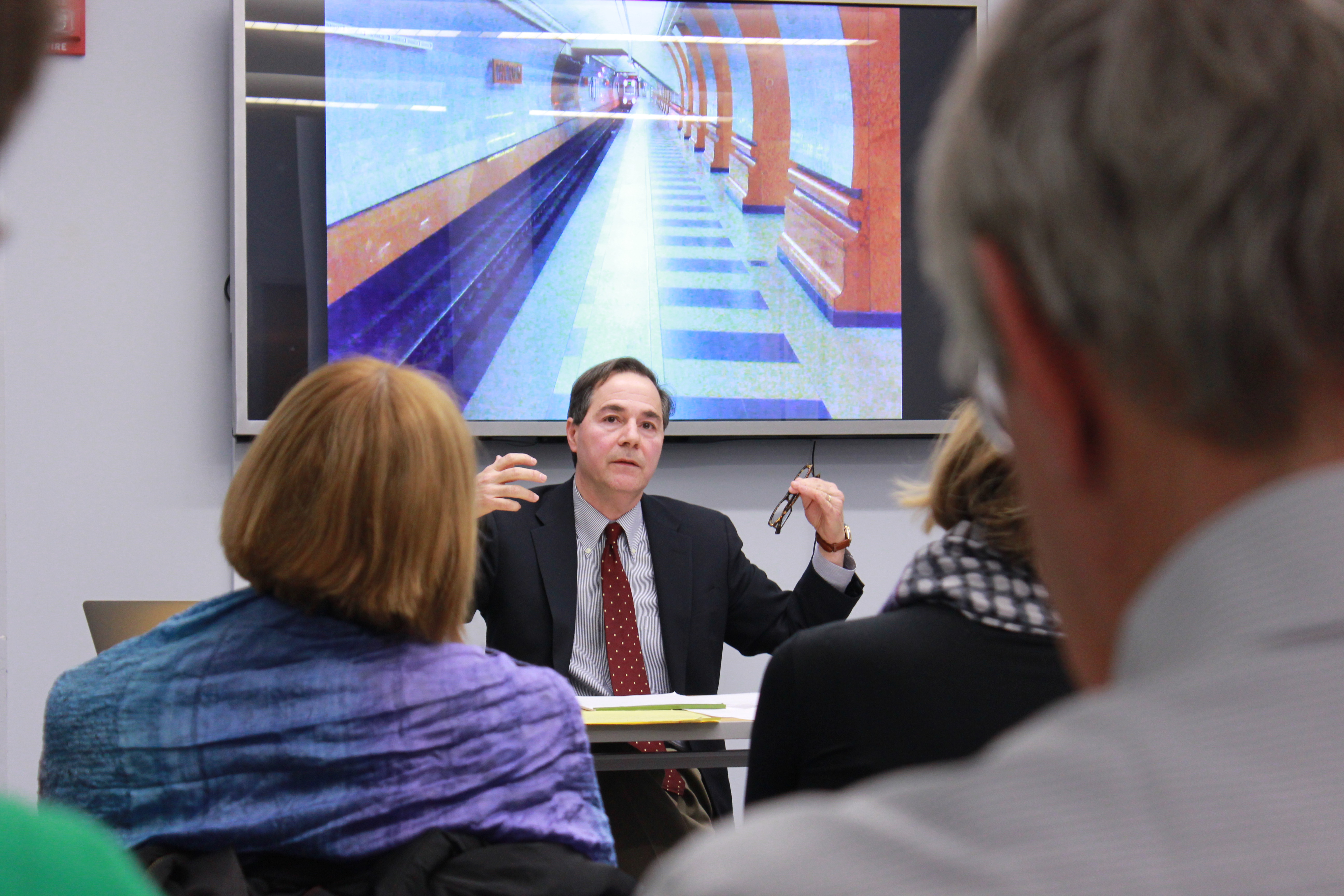 On February 17th, Prof. James T. Andrews presented “Narrating the Soviet Metropolis: Visual Culture, Underground Architectural Space, and the Moscow Metro” at the Jordan Center for the Advanced Study of Russia at New York University. In his talk, Prof. Andrews showed how iconographic public spaces can have critical discursive meanings when they are juxtaposed across historical eras. He assessed how the visual iconography of politicized technological public spaces (in this case, the Moscow Metro) can highlight how a polity (and society) evolved over a variety of epochs. The archival photographs and contemporary images he analyzed illustrated how the Moscow Metro documented the building of socialism under Stalin, catalogued its changed utilitarian nature under Khrushchev, and revealed new meanings under their Soviet and post-Soviet successors. Prof. Andrews’s presentation was based on his newest book project, tentatively called Iconic Metropolitan.

Click here to watch the presentation in its entirety. You can also read a brief recap of the event here.