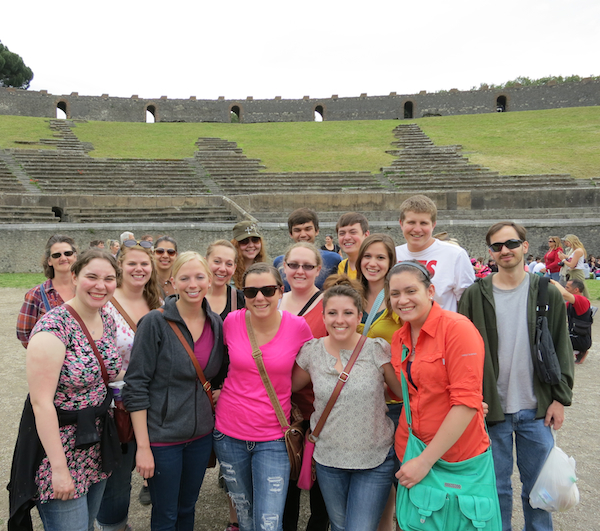 Eight history majors were among the sixteen ISU students who went to Italy in May as part of the study abroad course History/Classical Studies 385 (Roman Italy: Building the Empire). Based in Rome and jointly taught by Professors David Hollander (History) and Rachel Meyers (World Languages and Cultures), the class visited archaeological sites and museums to examine the physical remains of Roman imperial rule. These included the Colosseum, the Vatican Museums, the Pantheon, and even an Etruscan necropolis. The class also took a four-day trip to the Bay of Naples to see Pompeii and Herculaneum. They also visited several sites in the vicinity of Rome such as Hadrian’s Villa (the emperor’s luxury estate near Tivoli). In this photo the class is visiting Rome’s port city, Ostia Antica. The instructors plan to offer the course again in the summer of 2018."